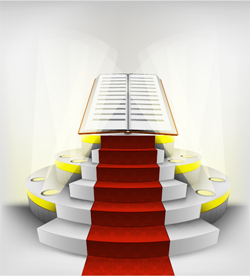 Given the proliferation in the number of books published every year, it’s beyond remote that any book will win a Pulitzer Prize. Still, winning an award after months or years of work on your book just plain feels good.

Against this backdrop, it’s flattering that Too Big to Ignore has been nominated for a SmallBiz Book Award. It’s my third nomination and I’ve never taken home a medal, so to speak. Don’t expect me to deluge my social networks with pleas to vote for the book, though.

I used to fall into that trap. If I just encouraged my friends and fans to vote for The New Small or The Age of the Platform, then really big things would happen for me. I was setting myself up for disappointment.

Recognize that the Matthew Effect is virtually impossible to overcome.

In point of fact, rock stars like Chris Brogan, Mitch Joel, et. al have built massive tribes. They’re very likely to win these contests irrespective of the quality of their texts. This is not to say that they don’t write decent books; it’s just that their advantages vis-à-vis book contests with significant social components are virtually insurmountable. They only need three to five percent of their audiences to vote for them while Joe Sixpack needs about 120 percent of his audiences. In this way, it’s tantamount to high school popularity contests.

Recognize that the Matthew Effect is virtually impossible to overcome. Write a book because you enjoy the process and you believe that it will advance your career, not because you’ll win an award.