Books Are Now Officially a Business 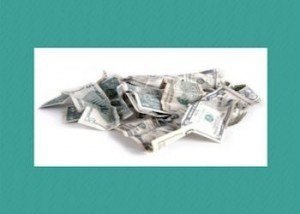 Every non-fiction author ought to read this piece from The Economist. Every one.

Scratch that. Every author, regardless of genre. From it:

The open secret of publishing is that very few authors can live by books alone. Even some of the most successful ones make most of their money from public speaking, consulting or teaching, and use the publicity gained by their books to justify higher fees. Take Chris Anderson, an author (and former journalist at The Economist), who is paid tens of thousands of dollars for each lecture; or Alain de Botton, a writer on philosophy, whose profile brings paying customers to his School of Life. Last month Simon & Schuster, a publisher, announced it would sell online video courses led by some of its authors. Things are more difficult for fiction writers: the organisers of conferences and other events pay good speaking fees to non-fiction writers with a bit of name recognition, but not to the average novelist.

Many first-time and would-be authors don’t understand today’s harsh reality. Yes, some new publishing models exist, including the one under which Motion Publishing operates. In a way, though, it doesn’t really matter. Whether an entity is paying you to publish your book or the money train works in reverse, the onus falls on the individual author to move books. Period.

That may scare you. What do you know about sales, marketing, and self-promotion? If you’re not willing to learn, then it’s very unlikely that your book will make the impact that the author desires.

I’ve said many times that, irrespective of the logo on on the spine of your text, it all comes down to the author.

What makes for great writing?